We caught up with Simon of Rocket Jack to talk about 90's rave and drawing inspiration from traditional craft. You can read the full interview below or click here to explore Rocket Jack's super cool collection of graphic art. Seeing as the festive season is upon us, we thought we would chuck in some Christmas gifting ideas too! Did someone say Cheers?

Tell us about you, where did you grow up?

I grew up in suburban Guildford up until the age of 12 when I moved to Brighton with my mum and brother. Brighton was an eye opener - vibrant, lively, exciting, eclectic - everything that Guildford wasn’t. I was a bit of an in-betweener at school but found my voice by the sixth form in the early 90s just as the rave scene exploded. It was a hugely exciting time and was filled with so many amazing experiences that I still think of today.

After sixth form I studied art in Eastbourne but mostly bunked off to party in Brighton - saving the train fare from my travel allowance. I was told on more than one occasion that I had a little talent but lacked focus and commitment and would never amount to anything - and was nearly kicked out more than a few times! From Eastbourne I moved to Leeds to study further, or at least, drink cheap cider and hang out in the legendary local clubs: Back To Basics and Vague.

I went on a snowboarding holiday not long after graduating (I think I graduated, I never actually made it to the ceremony). I was staying with a friend's sister who worked as a chalet host and seeing how much fun she was having I decided that I wanted to do the same. I actually got my first design job within days of being accepted for a host position next winter season. A cross road presented itself; design or snowboard. On this occasion snowboarding won and design work was put on the back burner for a few years.

5 years and many stamps in my passport later (and a cupboard full of worn out snowboards) I went to the job centre and got a job in a small print shop in Kingston.

The shop was a print, design and copy shop - I was the designer but I was also the photocopy guy and chief customer service operative, helping old ladies who wanted to put their grandchild’s photo on their fridge. This was not a high profile job BUT I was forced to teach myself how to use, what is now, industry standard software. Also, working alongside a print press provided invaluable background to the workings of traditional printing.

I managed about 3 months in this cigarette smoke-filled place (literally, some days you could hardly see the door a few feet away) and walked away only to be begged to return the following day. Amazingly I managed to negotiate a freelance position, instantly doubling my wages... happy days! A new owner turned this smoke-filled dump into a respectable establishment on the high street and I stayed another 6 months. He was nice enough but after almost doubling my rate again (!) actually gave me the boot for someone cheaper after one of my holidays whilst simultaneously asking me to teach my zero design experienced replacement everything I know. Hmm...

From here, I bounced between working to fund and embracing my wanderlust. Some of my first freelance projects were creating flyers and posters for club nights. Not such an unusual start for a graphic designer! They never paid well but the freedom to create what you like is not a brief that pops up very often these days (at least with freelancing - obviously as my own boss I can create whatever I like).


Where do you draw inspiration from?

Everywhere I look I'm always taking in the typography, gauging colour combos and admiring mark making of all kinds from graffiti to TV ads, Instagram stories, even my kid’s stories. Creative inspiration came early for me in the form of family trades; my granny was a potter, my grandad a basketmaker, my dad an upholster for TV and movies and my mum an interior decorator.

My brothers and I spent a lot of time with my grandad growing up. He was well respected in his trade and I was always in awe of the amazing constructions he would weave from wicker. He even has a basket named after him in the craft makers guild. Definitely one of my biggest inspirations in life. 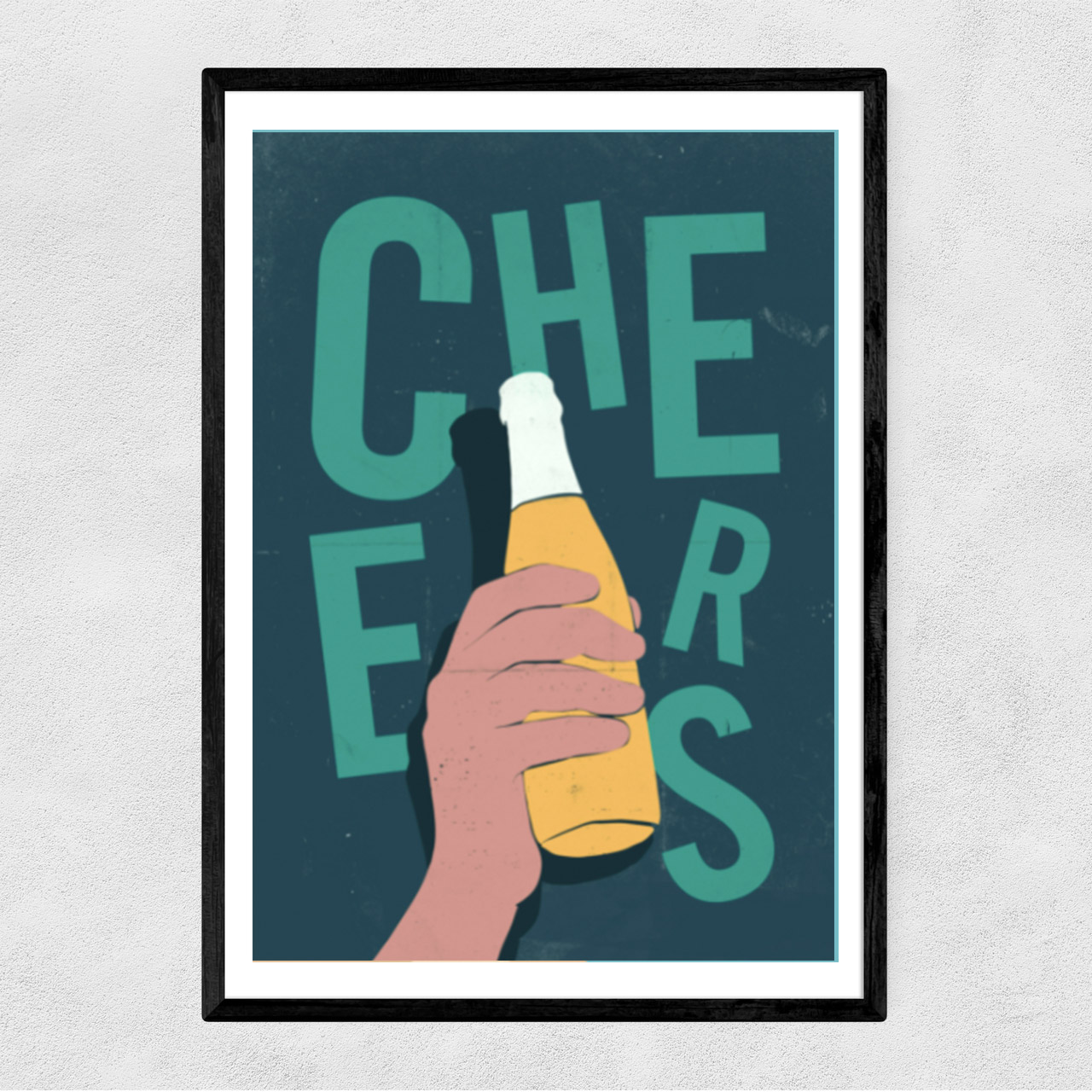 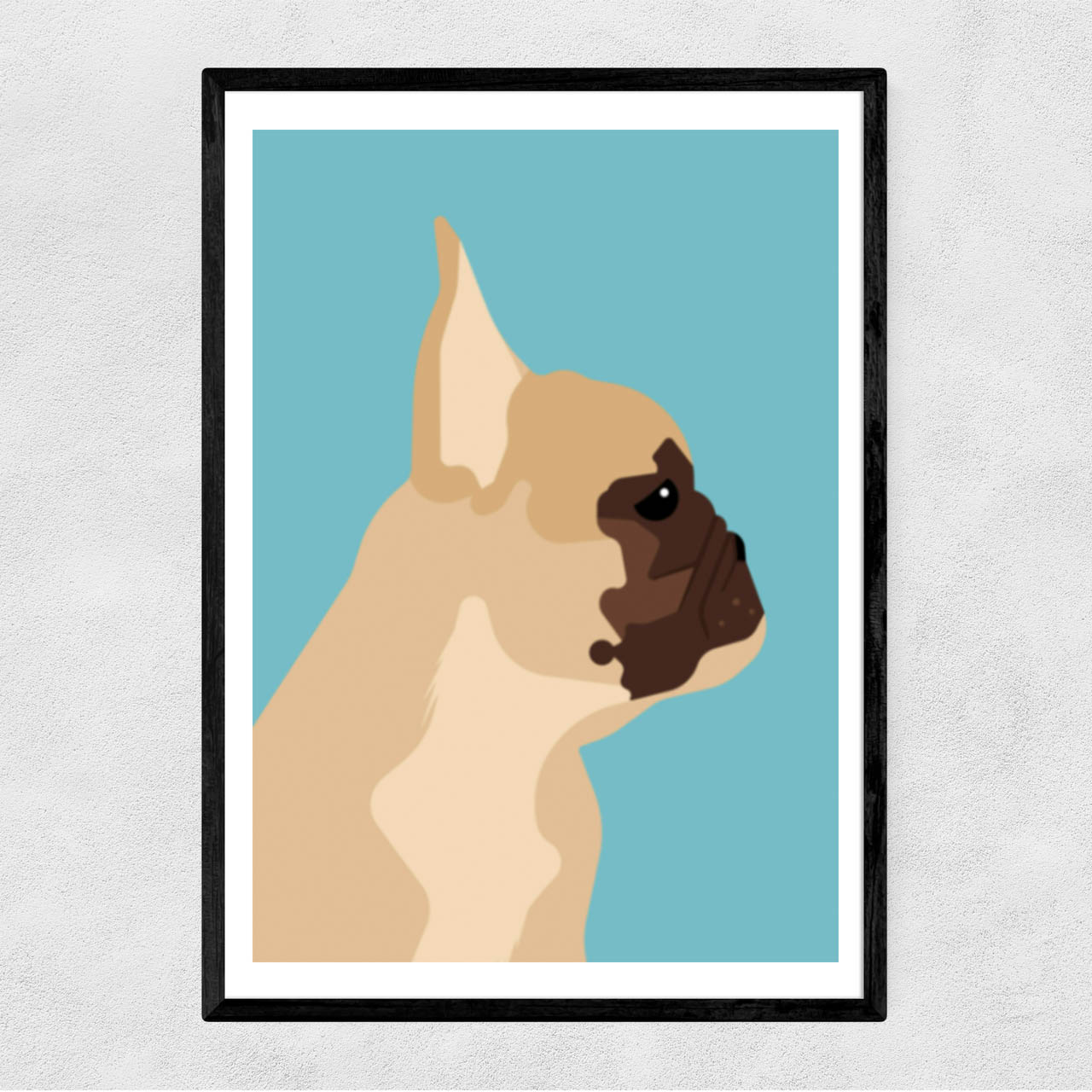 Know someone who lives a pint? Or a dog? We have the coolest duo for you: Cheers and French Bulldog both by Rocket Jack

Who is your biggest role model and why?

Again, back to my grandad - a talented man with his hands but a massive role model more broadly in life too. He instilled in me a positive outlook on everything that life has to throw at you and a lust for travel and exploration. He didn’t like foreign food though, so some things I chose to ignore!

What's the biggest challenge you have faced in your career?

Switching focus from freelance design work to Rocket Jack in 2016 after years of commuting to London (my freelance work started in 1996 so it was always going to take time to adjust). Making the decision to concentrate on Rocket Jack and work from home so I could spend more time with my young family was a huge challenge in every sense. The first year was very slow but luckily freelancing is something that I’m always able to dip in and out of so that kept us afloat financially.

In 2017 things got really serious as I took the plunge and bought a big expensive giclee printer - this was a game changer because now not only did I want Rocket Jack to succeed, I needed to earn that investment back. 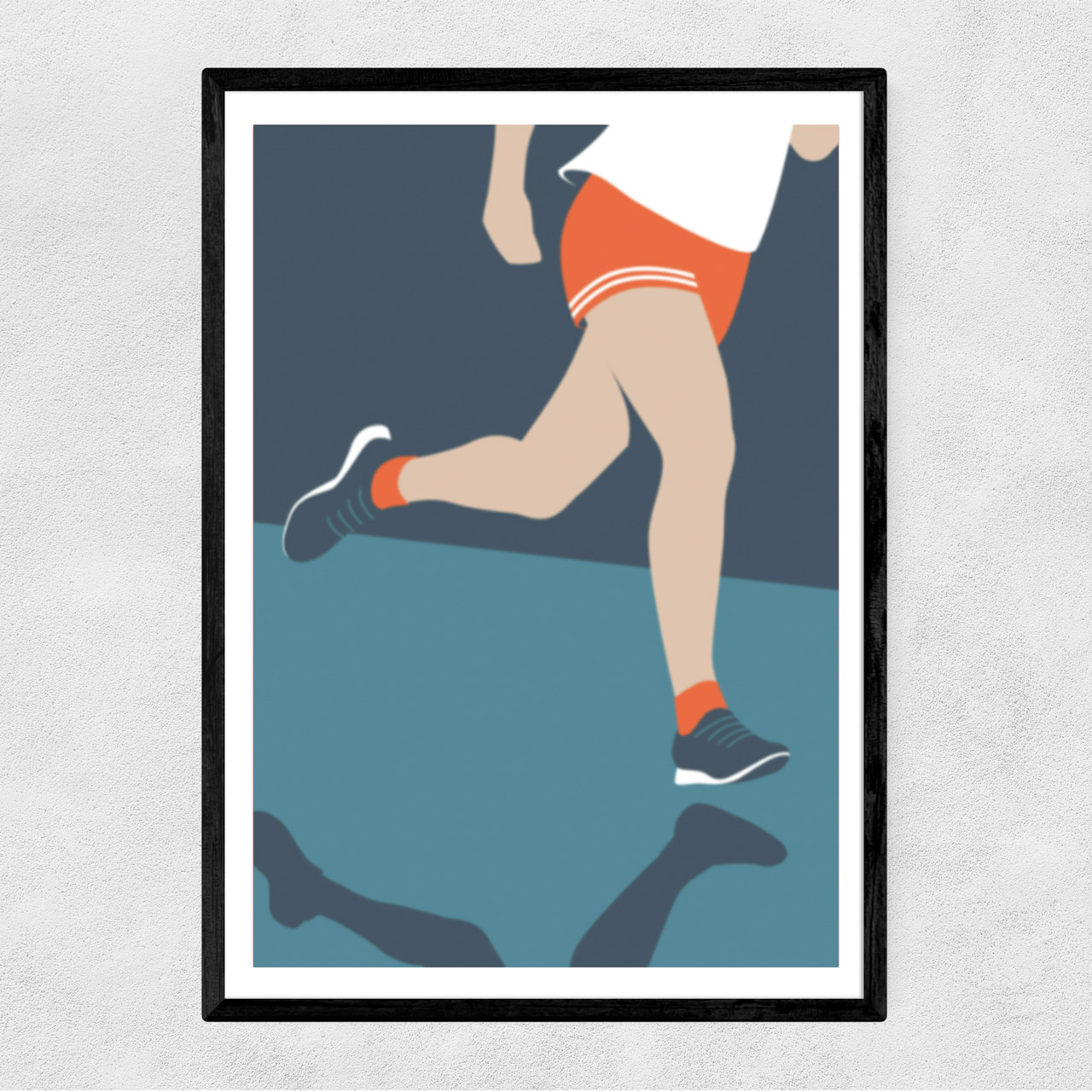 Looking for something for a sports enthusiast? Do you know a bendy wendy? Rocket Jack has the freshest graphic prints for the sportiest of types. Yoga at 12 O'Clock and Triathlon Run both by Rocket Jack.

What's your biggest achievement and why?

This might sound cliché but success for me isn’t about numbers. It’s always been about finding a work life balance that favours family time. It’s been fantastic making the move from selling my time creating artwork for others to selling my art worldwide. Setting up Rocket Jack and having it be a success – allowing me to work from my garden studio, and generating an income to match my freelance career, is definitely up there for me. It means I can see my two little boys every morning before school and make the very short commute home (up the garden path, literally) in time to have tea with them. Also, it’s pretty cool to think over 80,000 homes have my artwork up on their walls thanks to a collaboration I did with Ikea. That kind of thing blows my mind.